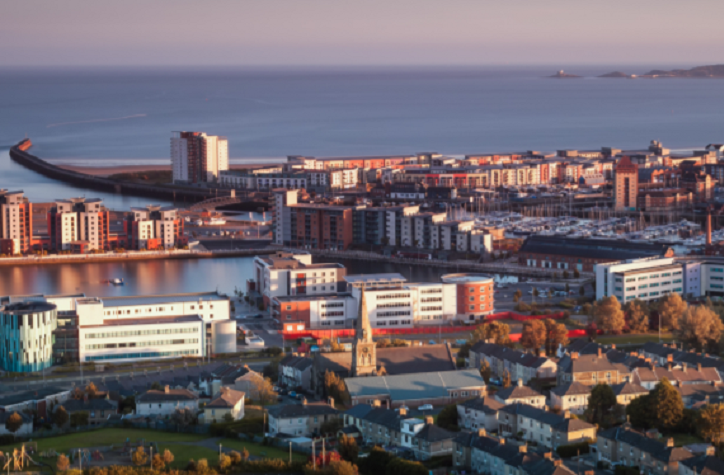 Headed to Swansea for the first time? Perhaps you’re returning for university, or you’re a seasoned explorer of Abertawe (the Welsh name for this wonderful city). Whether you’re new to Swansea or not, our Swansea city guide for students will make your time there truly special. 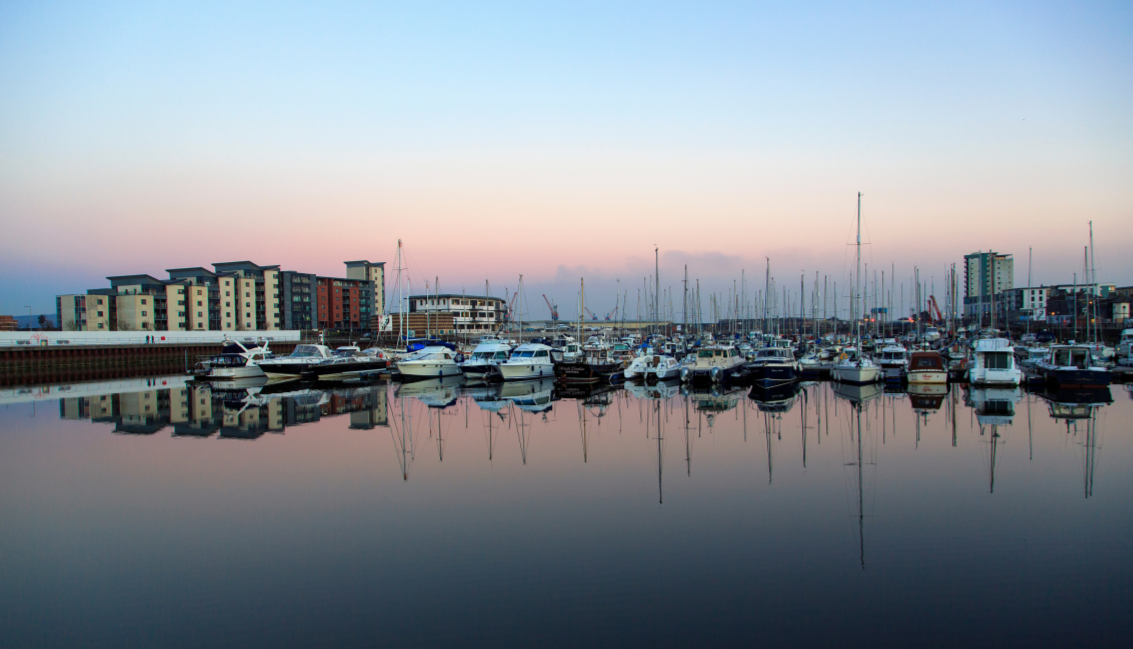 Travelling to the second biggest city in Wales for your studies can seem like a mammoth task, and you’re bound to want to know all of the important information surrounding student life in the city, such as the Swansea music scene and the best places to eat in Swansea. But first, we’ll cover the fundamentals.

Situated on the southwest coast of Wales, Swansea is the second largest location in Cymru and the 25th largest city in the United Kingdom. In the Welsh language, Swansea is referred to as Abertawe – which translates to “mouth of the Tawe”- and is likely the name given to the area before settlement began. The modern name is derived from the Old Norse name of an original Viking trading post, founded by King Sweyn Forkbeard, which likely would have been named Sveiney, or Sweyney. There's your history lesson for today!

In more recent times, as early as the 19th-century, Swansea was the centre of the copper smelting industry, which earned the city the nickname ‘Copperopolis’.

There’s a diverse scenery to the city, with the Gower Peninsula situated to the West – the first place within the United Kingdom to be designated as an Area of Outstanding Natural Beauty. To the North, there’s the Lliw Uplands which is open moorland spanning to the foothills of the Black Mountain range, and to the east is the coastal Swansea bay. Looking for things to do in Swansea? Exploring the gorgeous greenery on your doorstep is certainly something to tick off your list.

Travelling to Swansea is easy – accessible via the M4 motorway, Swansea rail station or Cardiff airport – meaning that getting to your accommodation shouldn’t be too much of an issue no matter where you’re arriving from.

If you’re looking for things to do in Swansea city centre, there’s plenty on offer, no matter your cultural prefence. Sport lovers can head down to Swansea City’s Liberty Stadium, while there are a number of museums, galleries, music venues and more to enjoy.

Things to do in Swansea for students

There are many things to do in Swansea, ranging from getting back to nature and enjoying the great outdoors, to visiting shopping nirvanas where you can pick up the latest fashion trends.

If you’re a keen swimmer, head to the largest indoor waterpark in Wales at LC Swansea. You’ll be able to experience pools, rides, slides and even a lazy river, amongst a plethora of activities and events at one of the most exciting leisure complexes in the UK. Alternatively, head for the trees and visit Go Ape Margam, where you can swing through the tree top adrenaline-filled adventure.

There are several outdoor experiences to be had too. Visit Rhossili Bay Beach to take in three miles of gorgeous sand and coastline or take a picnic over to Three Cliffs Bay. For the more extreme things to do in Swansea, head to Gower Surf School to try your hand on the waves or try Adventure Britain for a range of outdoor activities including abseiling, caving, kayaking, paintballing, raft building and more.

Shoppers can visit Swansea Market, which offers everything from fresh local produce and traditional Welsh gifts to jewellery and crafted trinkets. Looking for things to do in Swansea city centre? Visit the high street to immerse yourself in independent and chain retailers, as well as numerous shopping and entertainment complexes.

Sometimes you just need to let your hair down – and the Swansea student nightlife is the perfect place to do so. With a range of options for your after dark dancing, you can pick and choose where to enjoy a great night out.

There are several other bars and pubs in and around Swansea, including Jack Murphy’s, Noah’s Yard and No Sign Wine Bar, that can all provide a great night out. If you want to party a little closer to home, Swansea students' union runs events throughout the academic year too.

Nightclubs within the Swansea student nightlife scene include Fiction and Popworld, both offering state-of-the-art light and sound systems across themed spaces and popular music choices.

Inside the Swansea music scene

The biggest artist to come out of the Swansea music scene is Bonnie Tyler, known for such hits as ‘Total Eclipse of the Heart’ and ‘Holding Out for a Hero’ - but there have been several other excellent hitmakers to hail from the Vale of Glamorgan.

Progressive rockers Panic Room originated in Swansea in 2005, as did female-fronted band Karnataka. Fans of indie pop may have heard of the jangly melodies of The Pooh Sticks, who represented the city between 1987 and 1995.

For those looking to delve into the Swansea music scene during their time at university, the best bets in our Swansea city guide are at The Bunkhouse Bar and Music Venue, eclectic venue Sin City and fun-night-for-all Hangar 18. There are also a number of other venues, offering live music to suit all tastes.

The best places to eat in Swansea

Did you know that over 7.2 million British adults currently follow a meat-free diet? If you’re one of them, then living in Swansea will ensure your dietary needs are met, as some of the best places to eat in Swansea are vegan havens. Take a visit to BrewStone for authentic wood-fired pizzas, No18 Vegan Café Bar, or try French vegan cuisine at Pant-y-Gwydr restaurant to feel at home amongst rustic chic.

There’s plenty of chain restaurants that’ll help you out if you’re feeling a little homesick and can’t wait to tuck into an ASK Italian, but there’s also plenty of independent offerings too. Fancy a big full English after a night on the tiles? Head to Uplands Diner, home of the famous Beast and Mega Beast breakfast.

If you’re looking for the best places to eat in Swansea that offer authentic, traditional Welsh food, then The Swigg on the waterfront, and the Cariad Café are worth your time. 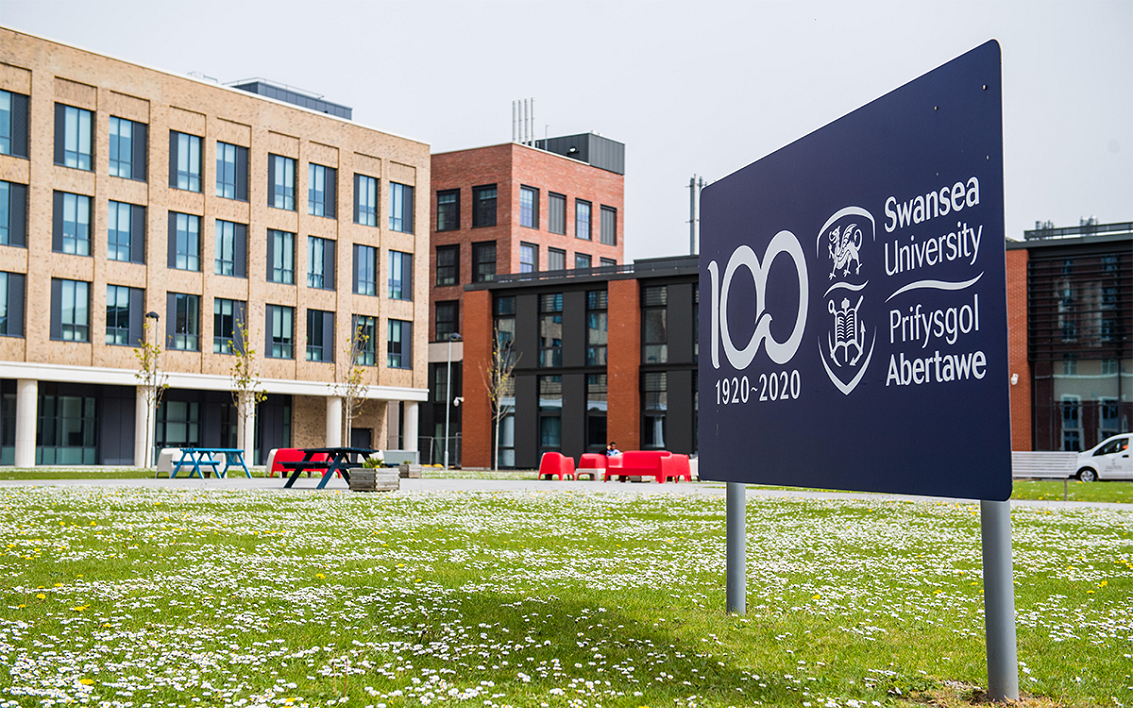 Universities and accommodation options in Swansea

There are two major educational institutions based in Swansea: Swansea University and the University of Wales Trinity Saint David.

They have a combined community of over 30,000 students, meaning you’ll be amongst plenty of peers when living in Swansea. Both universities are easily accessible for students living in and around Swansea city centre.

Both universities have their own dedicated accommodations, but Student Roost also offer St Davids, centrally located to service students from both institutions. With both studio and en-suite accommodation available, as well as a games and karaoke room, on-site gym and cinema style lounge, you’ll have plenty of things to do in Swansea both outside and inside your accommodation.

Planning on heading to Swansea? At Student Roost, we’d love for you to call our Swansea accommodation your home. Live the student life you want to live in Swansea, while using our Swansea city guide to help you on your way, by arranging a face-to-face or virtual viewing today. Once you’re sure, book with confidence today.