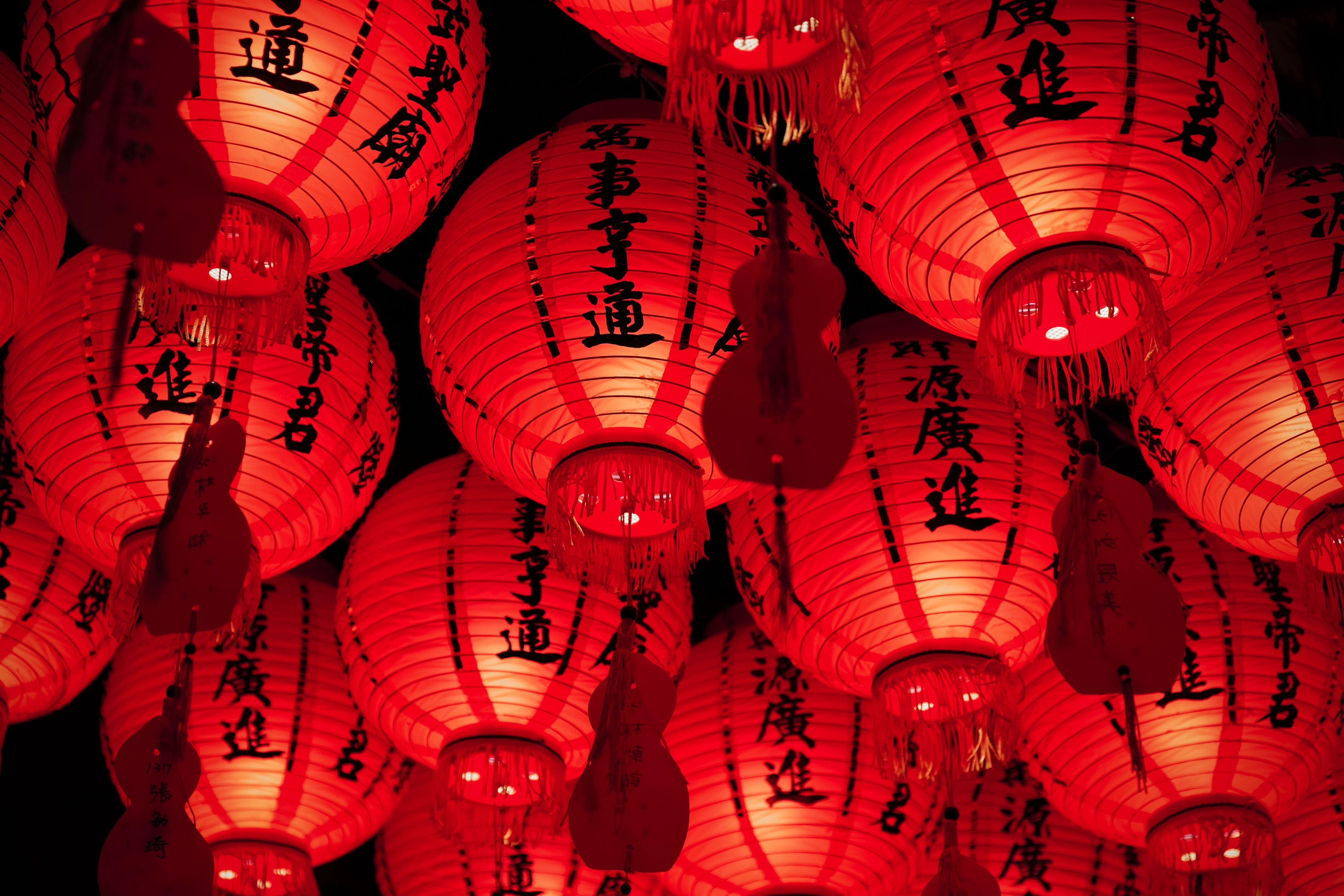 Chinese New Year promises a year of fortune and luck ahead - even for those who oversleep!

The Year of the Pig begins on Tuesday 5th February. Chinese New Year is a celebration marked by Chinese communities around the world, heralding what is predicted to be a year of great fortune and luck for all!

In London, Chinatown hosts the largest Spring Festival celebrations outside Asia - this year a 50 float parade will take place between Shaftesbury Avenue and Trafalgar Square on Sunday 10th February. All the restaurants will be packed as diners join in the carnival atmosphere, while fireworks and acrobatic displays will take place in front of the National Gallery and in Leicester Square. Similar events are being held in other British cities with large Chinese communities, including Birmingham,Manchester, Liverpool, Glasgow and Edinburgh so its worth checking out your local events guide.

Along with all the wonderful celebrations,food and fireworks, one custom we’ll be championing wholeheartedly is no cleaning (for some its for a week, but others take the whole month off!). Apparently, it’s bad luck to clean your room or house while celebrating Chinese New Year -and some even stop washing their hair! Cleaning is said to wash away the good spirits and fortune that may come your way during the new year - so its settled then, no spring cleaning just yet! But hair-wise, maybe a week will do!

Actually, the cleaning ban isn’t quite as dramatic as it seems as there are lots of traditions leading up to New Year that gear those celebrating up for the time away from the soap. Three days before, a deep clean of your home, a good haircut plus a shower or bath (so at least you start off clean!) is followed by the hanging of couplets on doors around the house and getting monetary gifts (Lai si) ready for relatives and friends. And then on New Year's Eve the celebrations get underway, with large family gatherings, everyone in a new outfit, ready to eat meals of ricecake, fish, chicken and dumplings - and then play card games - or Mah Jong -well into the early hours. What a great way to mark this occasion!

Every year is characterised by one of the 12 spirit animals of the Chinese zodiac. The animal changes at the beginning of each Chinese New Year. See which one represents the year you were born:

Now, correct me if I’m wrong, but the Year of the Pig sounds like it was made for students. According to custom, as the last of the zodiac animals, the Pig is supposed to have overslept and arrived late to the meeting with the Jade Emperor (see where we are going with this!?). But have no fear, the beast is also associated with wealth, emotion and intuition, so despite a possible lazy streak, the Pig is one of the luckiest zodiac animals of them all!

Once the celebrations - which last two weeks- come to an end, what does the Year of the Pig actually mean? According to Chinese astrology, 2019 is going to be a great year to make money and invest.Now you’re talking! Also set to be a year of friendship and love for all the zodiac signs, the Pig is said to attract success in all areas of life -positive news for everyone!

- Ox - A good year for the determined Ox, with lots ofopportunities to make money.

- Tiger - Born in a strong and independent zodiac sign, as ageneral rule, you do what you please. But now its time to work on relationshipswith others.

- Rabbit– An excellent year ahead in which you’ll make many new friends - in one of ourStudent Roosts perhaps?

- Dragon - Happiness, joy andprosperity is predicted! Oh, to be a dragon!!

- Snake - A mixed year for thesnake as there may be a few difficulties to face.

- Horse - 2019 is going to bemuch better than the Dog Year of 2018, with ambitious projects and excitementahead.

- Goat - 2019 is the year yourambitions will be fulfilled.

- Monkey - A year to take achance - is there something you’ve always wanted to do? Now is the time!

- Rooster - Focus on yourrelationships with others and everything will work out for the best.

- Dog - Relax a little this year- peace and serenity are your friends! Yoga anyone!?

- Pig - Thisis your year! Luck and good fortune is on your side. Set your priorities andreach for the stars!

With love in the air as Valentine’sDay approaches, happiness awaits those born under the Rat, Pig, Rabbit and Dog zodiac signs. For those of you who are single, 2019 could be the year you meet that special someone!

And if you’re lucky enough to have been born in the Year of the Pig, you share your ‘passion for life, gentleness and generosity’ with some big names:

If you want to find out more about Chinese New Year celebrations and the year ahead, visit https://chinesenewyear.net

I’ll leave you with one last observation; did you know that the lucky colours for the Year of the Pig are red and white......so if yourfootball team is red and white it could be a lucky year for you!